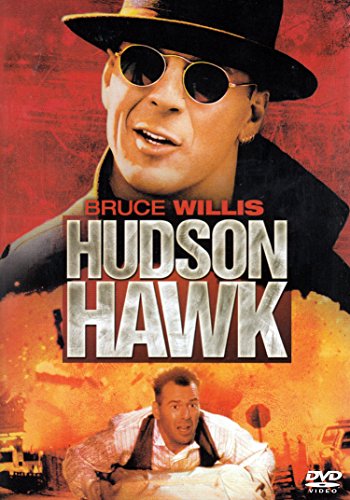 Hudson Hawk is a cat burglar who is released from prison after a lengthy stint. All he wants out of life is to drink a cappuccino. He has never played Nintendo, but he meets the Mario brothers in a bar he co-owns. They want him to steal a da Vinci artifact that converts lead into gold. He says no, and tries to drink a cappuccino.

Eventually, he becomes involved in a world-domination plot that is run by international criminals and aided by CIA agents; cleverly named after candy bars like Snickers, Kit Kat, Almond Joy, and Butterfinger. Add to this sweet mix, some bad acting, poor plot lines, and something resembling slapstick.

Hudson does the only thing he can; bang the nun that sounds like a fish, and try to drink a cappuccino. Against all odds, the big Hawk somehow prevails. He gets the girl (who coincidentally works for the Vatican), and asks her to play Nintendo with him. Hudson finally gets to drink his cappuccino.