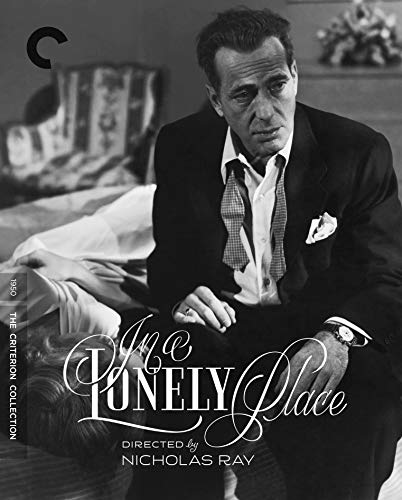 In a Lonely Place (The Criterion Collection) [Blu-ray]

On May 10, 2016, the Criterion Collection released In a Lonely Place on Blu-ray. Nicholas Ray directed the film which starred Humphrey Bogart, Gloria Grahame, and Frank Lovejoy.

Disclaimer: This post contains affiliate links. This means when you click a link, and purchase an item, the MHM Podcast Network will receive an affiliate commission. Advertisers and Affiliate Partnerships do not influence our content. See our Terms of Use about the inclusion of affiliate links on this site for more information.

On May 10, 2016, the Criterion Collection released In a Lonely Place on Blu-ray. Nicholas Ray directed the film which starred Humphrey Bogart, Gloria Grahame, and Frank Lovejoy.