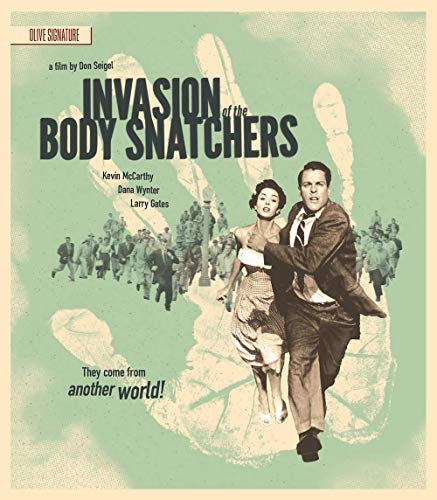 ‘Invasion of the Body Snatchers’ Summary

“They’re already here! You’re next!” With these chilling words, Invasion of the Body Snatchers sounded a clarion call to the dangers of conformity, paranoia, and mass hysteria at the heart of 1950s American life. Considered one of the greatest science fiction films ever made, Invasion of the Body Snatchers stars Kevin McCarthy (Academy Award® nominee, Best Supporting Actor, Death of A Salesman – 1952) as Miles Bennell, a doctor in a small California town whose patients are becoming increasingly overwrought, accusing their loved ones of being emotionless imposters. They’re right! Plant-like aliens have invaded Earth, taking possession of humans as they sleep and replicating them in giant seed pods. Convinced that a catastrophic epidemic is imminent, Bennell, in a terrifying race for his life, must warn the world of this deadly invasion of the pod people before it’s too late.