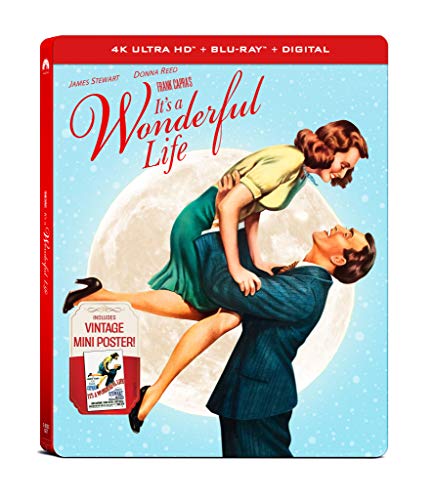 It’s a Wonderful Life takes place on Christmas Eve in Bedford Falls, A guardian angel named Clarence looks to convince George Bailey, who is at his wits end, not to commit suicide. George appears to be a good man and loving husband, but he’s sacrificed his dreams on behalf of the citizens of his small town. Once George inherited his father’s bank, he was no longer able to travel the world before heading to college as planned.

George’s competitor is the evil banker, Mr. Potter, and despite many offers, George never sold him the family business to protect Bedford Falls. That decision has kept him from ever being able to afford a nice house of his own for his family. George’s married to Mary, and they have four children to support. After his Uncle Billy “loses” $8,000.00 (which Potter stole from him), George feels it’s best if he were never born, and tries to kill himself. Clarence feels that he’s not up for the task of getting George to change his mind, so he decides to grant George his wish. He shows him what life would be like if he were never born.

Read the full movie summary here, and listen to our film review here.