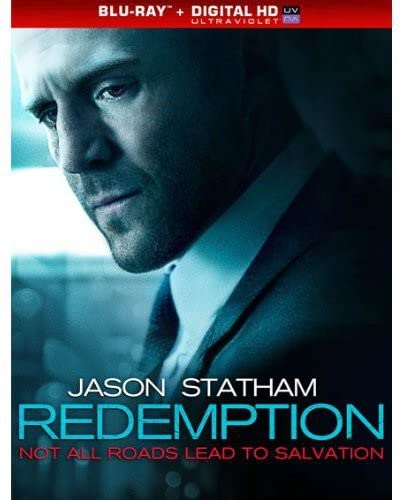 Lionsgate Films has announced that they are adding the action thriller Redemption a.k.a Hummingbird to their upcoming slate of Blu-ray releases. The film was written and directed by Steven Knight and starred Jason Statham, Agata Buzek, Vicky McClure, Benedict Wong, and Ger Ryan. Redemption is currently available for pre-order online and will be available in stores everywhere on September 24th.

Joey Jones (Statham) comes home from the Afghan war a shattered man. Broke, homeless and lost in a haze of drugs and alcohol, he attempts to piece his life back together with the help of Sister Cristina (Buzek), a nun who works at an inner-city parish. Joey’s expert training as a soldier marks him as a valuable asset to the mob and he soon finds himself employed with the dark web of London’s criminal underworld. When Joey finds out his girlfriend was brutally murdered by ruthless kingpins he seeks revenge, even if the path promises to destroy him completely.

The Blu-ray will include several special features, including the Making of Redemption featurette.

Disclaimer: Affiliate links are contained in this post. This means when you click a link, and purchase an item, Movie House Memories will receive an affiliate commission. Advertisers and Affiliate Partnerships do not influence our content. See our Terms of Use about the inclusion of affiliate links on this site for more information.
August 14, 2013
1 minute read
Show More
Back to top button
Close
Close