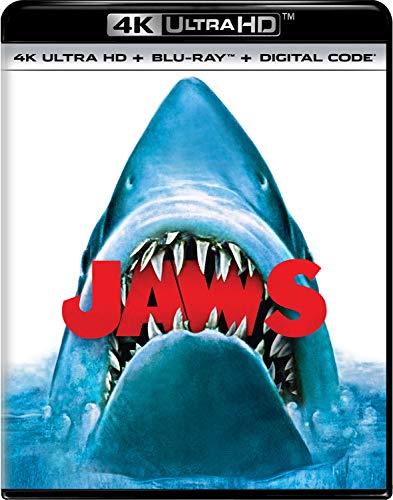 Jaws takes place during a sweltering summer on Amity Island—a small community which makes its money from its beaches. When the sheriff, Martin Brody, discovers the remains of a shark attack victim, he wants to close the beaches to swimmers. Unfortunately for him, this doesn’t sit well with the mayor and several local businessmen. They pressure him not to close them, and he backs down. The shark kills a young boy that weekend.

So the mother of the dead boy puts a bounty on the shark, and amateur hunters invade the town to collect that reward. One local named Quint has a lot of experience hunting sharks, and he offers to hunt it down for a nominal fee. That leads him, Brody and a man from the Oceanographic Institute named Matt Hooper to hunt the Great White. The men quickly learn that they are going to need a bigger boat if they are to succeed.