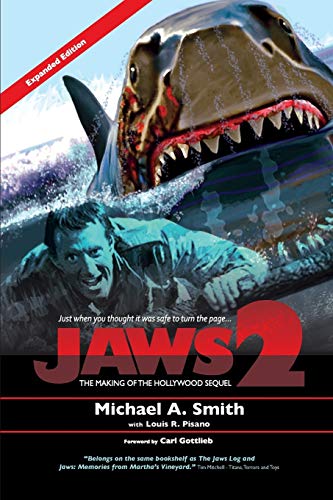 Jaws 2: The Making of the Hollywood Sequel: Updated and Expanded Edition

In all the vast and unknown depths of Hollywood – how could there be only one? To celebrate the 40th Anniversary of one of the most popular and influential movie sequels, the updated and expanded edition of Jaws 2: The Making of the Hollywood Sequel contains more facts, more interviews and almost 200 new photos, many never seen before, shared by the cast, crew and fans. Just when you thought it was safe to turn the page again… the story continues!

On September 3, 2018, BearManor Media released the Updated Edition of Michael A. Smith's Jaws 2: The Making of the Hollywood Sequel.