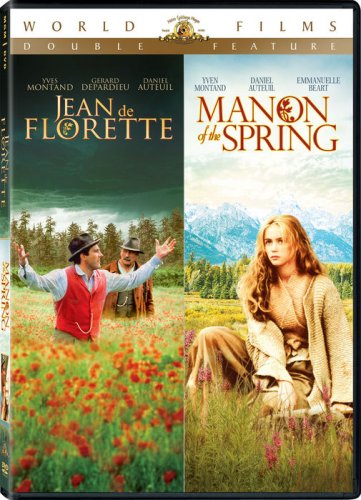 Out in a rural French village, an old man lives on a farm with his only remaining relative. The two men are very interested in an adjoining but vacant property because it has a natural spring they can use to grow flowers for profit. They are soon dismayed to learn a hunch-backed man from the city has inherited this land, and plans to move in. They then conspire to plug the spring so this new man can not water his crops in the hot summer; hoping he will fail and sell the land for cheap. Though they observe his efforts break both his health and his wife and daughter’s hearts, the greedy men only think of the money that water will bring them.

‘Manon of the Spring’ Movie Synopsis

Out in a rural French village, an old man lives on a farm with his only remaining relative. The two men are successful flower growers using water from a spring on an adjoining but vacant property they now own. The grown-up daughter of the previous owner still lives in the hills as a goatherd. She has come to learn that not only did these two men know the existence of the spring when her father was desperately trying to water his crops, but the entire town knew as well, and never said a word. After an accident with one of the goats leads her to the source of the spring, she finds she can exact her revenge on the entire town.

Disclaimer: This post contains affiliate links. This means when you click a link, and purchase an item, Movie House Memories will receive an affiliate commission. Advertisers and Affiliate Partnerships do not influence our content. See our Terms of Use about the inclusion of affiliate links on this site for more information.
September 15, 2020
1 minute read
Show More
Back to top button
Close
Close