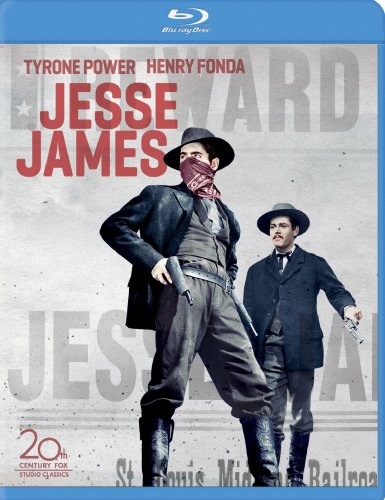 20th Century Fox has announced that they are releasing Jesse James onto Blu-ray this December. The film is directed by Henry King and stars Tyrone Power, Henry Fonda, and Nancy Kelly. Jesse James will be available online and in stores beginning December 3, 2013.

The legend of Jesse James stars Tyrone Power as the most infamous bandit in the history of the West. Jesse James was a young Missouri farmer forced outside the law after ruthless agents for the transcontinental railroad kill his ailing mother and steal his family’s land. Together with his brother Frank (Henry Fonda), Jesse forms a gang of masked outlaws to strike back at the railroad company and the banks that have joined forces to swindle the oppressed farmers.

20th Century Fox has not released any information concerning technical specifications and special features yet.

Disclaimer: Affiliate links are contained in this post. This means when you click a link, and purchase an item, Movie House Memories will receive an affiliate commission. Advertisers and Affiliate Partnerships do not influence our content. See our Terms of Use about the inclusion of affiliate links on this site for more information.
April 15, 2013
1 minute read
Show More
Back to top button
Close
Close