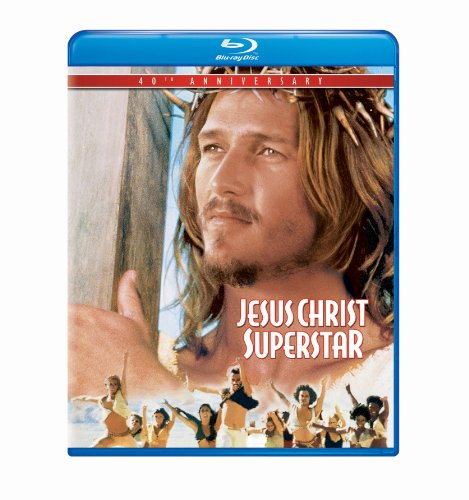 Universal Studios Home Entertainment has announced the Blu-ray release of the 40th Anniversary edition of Jesus Christ Superstar this May. The film was produced and directed by Norman Jewison and starred Ted Neeley, Carl Anderson, Yvonne Elliman, Barry Dennen, and Bob Bingham. Jesus Christ Superstar will be available everywhere beginning on May 7th.

The bold interpretation of the hit rock opera and Broadway smash from Tim Rice and Andrew Lloyd Webber tells the story of Christ’s (Neeley) final weeks in a series of dazzling songs, images and music. Nominated for the Best Music Adaptation Academy Award, producer-director Norman Jewison offers a groundbreaking vision and unforgettable songs shot entirely on location in Israel.

Jesus Christ Superstar was released in August of 1973 and grossed over $13 million at the box office.

Disclaimer: Affiliate links are contained in this post. This means when you click a link, and purchase an item, Movie House Memories will receive an affiliate commission. Advertisers and Affiliate Partnerships do not influence our content. See our Terms of Use about the inclusion of affiliate links on this site for more information.
March 9, 2013
1 minute read
Show More
Back to top button
Close
Close