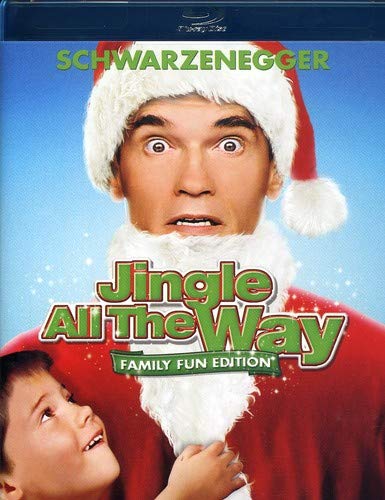 ‘Jingle All the Way’ Movie Synopsis

Howard Langston is a workaholic mattress salesman who has promised his nine-year-old son Jamie that he will get anything he wants for Christmas. Unfortunately for Howard, Jamie wants an immensely popular Turbo-Man action figure. The forgetful Howard neglects to acquire the toy and rushes out on Christmas Eve to the stores to find it. However, it’s sold out everywhere. Since Howard knows he has let Jamie down in the past, he goes on a quest to track down a Turbo-Man action figure, and will stop at nothing to get Jamie the gift that he wants.