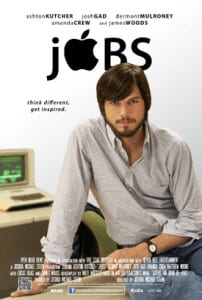 The film details the major moments and defining characters that influenced Steve Jobs on a daily basis from 1971 through 2001. The film plunges into the depths of his character, creating an intense dialogue-driven story that is as much a sweeping epic as it is an immensely personal portrait of Steve Jobs’ life. It is being made with no involvement from Apple whatsoever.

Theatrical Trailer for the film JOBS  courtesy of Movieclips Trailers

Dawn of The Planet of The Apes – Official Trailer

Dawn of The Planet of The Apes – Official Trailer