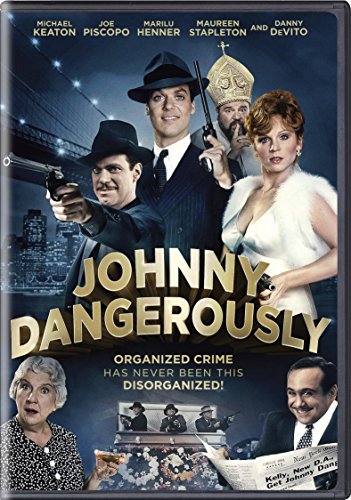 Johnny Dangerously is a devoted son with an ailing mother. She needs several operations, but the family doesn’t have any money. With nowhere to turn, Johnny goes to work for a gangster named Jocko Dundee in order to cover his mother’s medical bills. However, Johnny hides his nefarious association with Dundee from his younger brother Tommy, and pays for Tommy’s law school. Soon, Tommy joins the local district attorney’s office for a man named Burr who’s on the mob’s payroll. Once Dundee decides to retire, Johnny replaces him, but it look’s like an evil associate named Danny Vermin will allow that to happen.