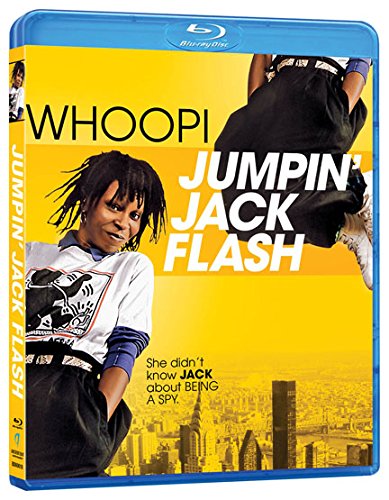 In the film, a computer operator (Goldberg) at a bank is plunged into an exciting world of international intrigue, danger and romance when her terminal gets an S.O.S. from “Jumpin’ Jack Flash,” a British spy stranded in Eastern Europe. Soon she’s matching wits with the deadliest members of the CIA and the KGB. The film features early appearances by Jon Lovitz, Phil Hartman, Jonathan Pryce, Tracey Ullman, and Jim Belushi.

Jumpin’ Jack Flash was released in October of 1986 and grossed over $29 million in worldwide box office.