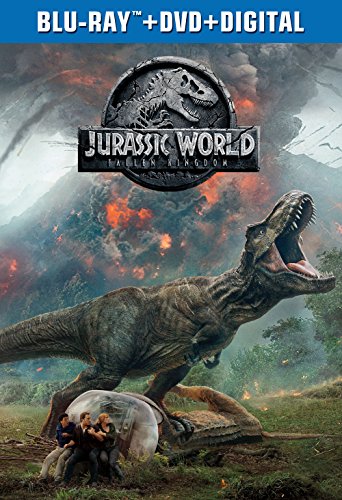 Jurassic World: Fallen Kingdom takes place three years since theme park and luxury resort, Jurassic World was destroyed by dinosaurs out of containment. Isla Nublar now sits abandoned by humans while the surviving dinosaurs fend for themselves in the jungles. When the island’s dormant volcano begins roaring to life, Owen and Claire mount a campaign to rescue the remaining dinosaurs from this extinction-level event. However, when Owen and Claire’s allies reveal a secret agenda, it will be up to the two of them to not only protect the rescued animals, but potentially the entire world.