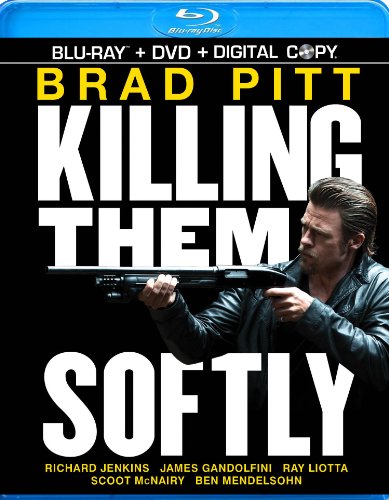 Dark Horizons.com is reporting that the Weinstein Company will bring their crime thriller Killing Them Softly to Blu-ray this March.  The film is directed by Andrew Dominik and stars Brad Pitt, Ray Liotta, Richard Jenkins, and James Gandolfini.  Dominik also wrote the screenplay that was based upon the novel by George V. Higgins.  Killing Them Softly will release onto Blu-ray and DVD on March 26, 2013.

Killing Them Softly was released into theaters during November 2012 and grossed over $34 million at the box office worldwide.

Here is the theatrical trailer for Killing Them Softly.

Disclaimer: Affiliate links are contained in this post. This means when you click a link, and purchase an item, Movie House Memories will receive an affiliate commission. Advertisers and Affiliate Partnerships do not influence our content. See our Terms of Use about the inclusion of affiliate links on this site for more information.
January 2, 2013
1 minute read
Show More
Back to top button
Close
Close