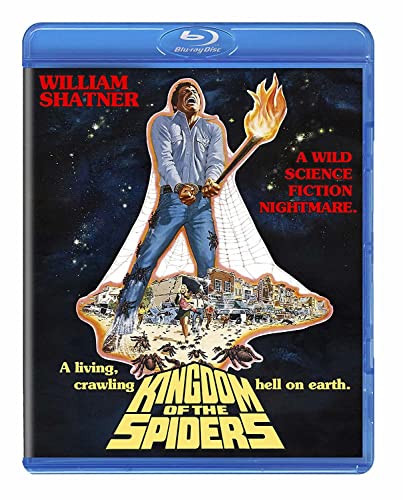 Kingdom of the Spiders [Blu-ray]

‘Kingdom of the Spiders’ Movie Synopsis

Veterinarian Robert “Rack” Hansen is called in to investigate the death of a prize calf of one of the local ranchers. When he cannot determine what the cause of death was, he sends out the calf’s blood for analysis. Shortly afterwards, arachnologist Diane Ashley shows up and informs Rack that the calf was killed by a massive dose of spider venom. The two begin to investigate the source of the spider venom and discover an enormous colony of spiders that threatens not just the local livestock, but the lives of every man, woman, and child in Verde Valley.