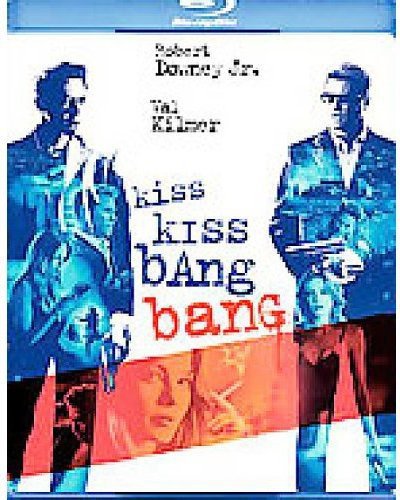 In Kiss Kiss Bang Bang, small time thief Harry Lockhart winds up in Los Angeles, California after surprisingly landing a role as a detective in a movie. At a party there, he meets a private eye named Gay Perry. Perry suggests that Harry participate of an investigation he’s working on to better develop his character. Also at the party is a beautiful aspiring actress who goes by the name of Harmony Faith Lane. It turns out that Harmony is a friend of Harry’s beck when they were kids, and a girl whom he had (still has) a huge crush on.

In time, Harry and Perry find themselves involved in a convoluted murder case that has them chasing down many leads. With the help of Harmony, the boys discover the truth, and save the day in this Neo-noir!

Read the full summary, and listen to our film review here.

Vital Signs (1990) Is Resurrected On Blu-ray

Mission: Impossible (1996) self destructs on Blu-ray

Vital Signs (1990) Is Resurrected On Blu-ray

Mission: Impossible (1996) self destructs on Blu-ray