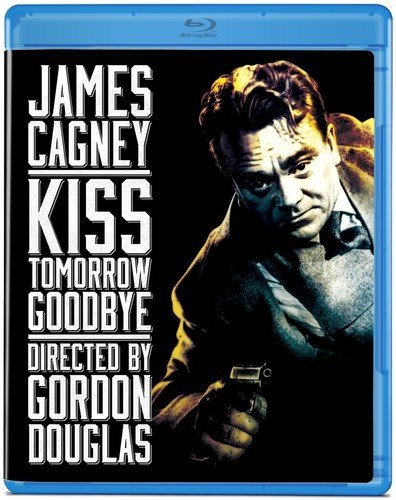 Olive Films has announced the addition of the crime drama Kiss Tomorrow Goodbye to its upcoming slate of Blu-ray releases. The film was directed by Gordon Douglas and starred James Cagney, Barbara Payton, Helena Carter, Ward Bond, and Luther Adler. Kiss Tomorrow Goodbye will be available for purchase online and in stores beginning on August 27th.

In the film, Ralph Cotter (Cagney) doesn’t care about anything. Except his next “kill”. After escaping from prison, the cold-blooded mobster satisfies a pent-up lust for violence in an unstoppable crime-spree with Barbara, his love-struck gun moll. But when Cotter heartlessly murders her brother and dumps her for a classy debutante, Barbara plots a vicious end to the gangster’s cruel campaign. It’s James Cagney as his bad-guy best in this tense saga on underworld revenge. Kiss Tomorrow Goodbye was released in August of 1950.

Disclaimer: Affiliate links are contained in this post. This means when you click a link, and purchase an item, Movie House Memories will receive an affiliate commission. Advertisers and Affiliate Partnerships do not influence our content. See our Terms of Use about the inclusion of affiliate links on this site for more information.
July 10, 2013
1 minute read
Show More
Back to top button
Close
Close