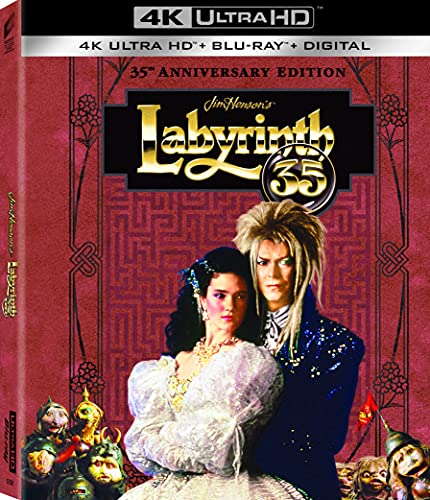 In Labyrinth, when Sarah babysits her little brother Toby, she becomes frustrated from his consistent crying. She wishes the goblins to take her brother away. Jareth, the Goblin King, steals Toby, and takes him far away to his castle in the middle of a labyrinth. He give Sarah 13 hours to rescue her brother, or the child is his forever.