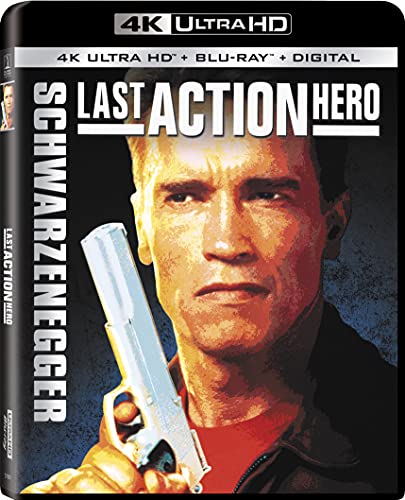 Danny Madigan is a lonely boy who has recently lost his father. He hides from his harsh reality by escaping into the world of movies, especially his favorite character, rogue cop Jack Slater of the Jack Slater film series. When Danny receives a magical golden ticket from Harry Houdini, he finds himself thrown into the cinematic world that his hero lives in. But when the villains of Jack’s world discover that the ticket works both ways and escape from the movie screen, Jack and Danny must pursue them into the real world or both of them will possibly cease to exist.