‘Leave Her to Heaven’ Criterion Synopsis

Novelist Richard Harland (Cornel Wilde) seems to have found the perfect woman in Ellen (Gene Tierney), a beautiful socialite who initiates a whirlwind romance and steers him into marriage before he can think twice. Yet the glassy surface of Ellen’s devotion soon reveals monstrous depths, as Richard comes to realize that his wife is shockingly possessive and may be capable of destroying anyone who comes between them. A singular Hollywood masterpiece that draws freely from the women’s picture and film noir alike, Leave Her to Heaven boasts elegant direction by melodrama specialist John M. Stahl, blazing Technicolor cinematography by Leon Shamroy, and a chilling performance by Tierney, whose Ellen is a femme fatale unlike any other—a woman whose love is as pure as it is poisonous. 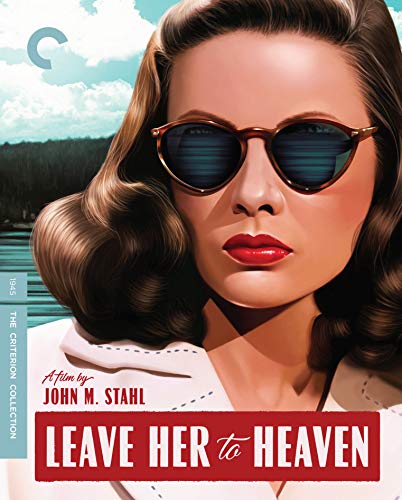 Leave Her to Heaven (The Criterion Collection) [Blu-ray]

This podcast is intended for entertainment and information purposes only. The theme song for Noirsville, Prohibition Blues, is brought to you by Purple Planet at purple-planet.com under a Creative Commons Attribution 3.0 License. All original content of this podcast is the intellectual property of Noirsville, The MHM Podcast Network, and Fuzzy Bunny Slippers Entertainment LLC unless otherwise noted.