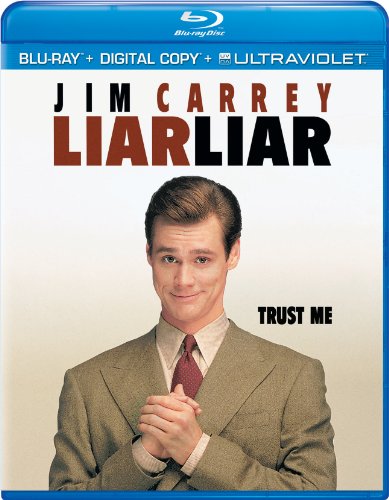 Universal Studios Home Entertainment has announced that they are adding to comedy Liar Liar to their slate of July Blu-ray releases. The film is directed by Tom Shadyac and stars Jim Carrey, Maura Tierney, Justin Cooper, Cary Elwes, Jennifer Tilly, and Swoosie Kurtz. Liar Liar will be available in stores and online beginning on July 9th.

In the film, a habitually dishonest, silver-tongued lawyer named Fletcher Reede (Carrey) is more concerned with his career and clients than his young son, Max (Cooper). But when the boy uses his fifth birthday wish to make his dad more truthful, Fletcher is in for quite a few surprises, none of which are welcome and all of which seem to come at the most inconvenient time possible.

Liar Liar was released in March of 1997 and grossed over $302 million in worldwide box office. The film garnered a Golden Globe nomination for Carrey as Best Actor in a Comedy.

The Blu-ray release of Liar Liar features a 1080p video presentation, a DTS-HD Master Audio 5.1 surround track, and an UltraViolet Digital Copy of the film (expires 4/30/2015). Universal has yet to detail the disc’s extras.

Disclaimer: Affiliate links are contained in this post. This means when you click a link, and purchase an item, Movie House Memories will receive an affiliate commission. Advertisers and Affiliate Partnerships do not influence our content. See our Terms of Use about the inclusion of affiliate links on this site for more information.
May 27, 2013
1 minute read
Show More
Back to top button
Close
Close