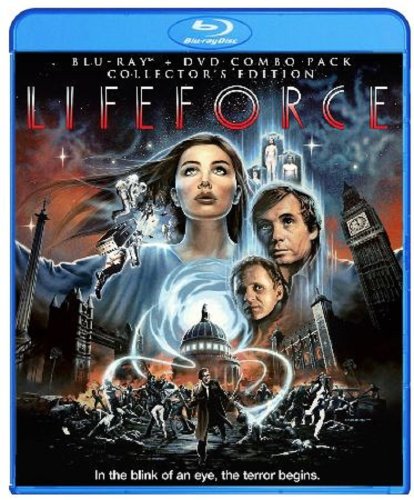 Lifeforce follows a mission to investigate Halley’s Comet, where an even stranger phenomenon is discovered: an alien spacecraft.  Following a deadly confrontation, the aliens arrive on Earth, where their seductive, and very naked, leader (May) begins a terrifying campaign to drain the lifeforce of everyone she encounters.  Her victims, in turn, continue the cycle, and soon the entire planet is in mortal danger.  When the mission’s sole survivor (Railsback) sets out to destroy her, he comes face to face with the most charming – and horrifying – being he’s ever known.  Will he be able to destroy the lovely vampiress… or will he become yet another victim of her fatal allure?

Lifeforce was released in theaters in June 1985 and grossed over $11 million at the box office.