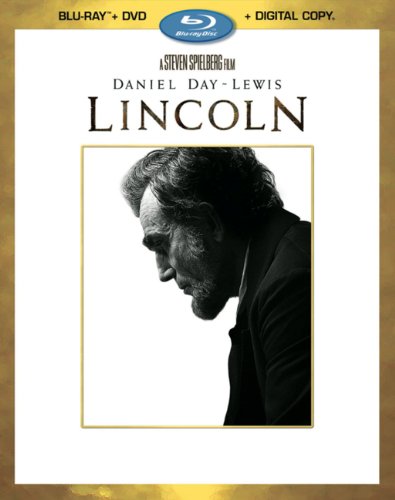 Blu-ray.com has announced that Touchstone Pictures will bring its historical drama Lincoln to Blu-ray in February.  The film was directed by Steven Spielberg and stars Daniel Day-Lewis, Sally Field, David Strathairn, and Joseph Gordon-Levitt. The Blu-ray is scheduled to hit stores on February 26, 2013.

Lincoln tells the story of the famous U.S. President as he struggles with the continuing carnage on the battlefield of the Civil War that has ripped the country apart, while he fights with many inside his own cabinet on the decision to emancipate the slaves.  The screenplay was written by Tony Kushner which is partially based on the novel “Team of Rivals: The Political Genius of Abraham Lincoln” by Doris Kearns Goodwin.  The film also stars James Spader, Hal Holbrook, Tommy Lee Jones, and John Hawkes.

Lincoln was released in November 2012 and has grossed over $131 million at the box office to date.  The film has been nominated for seven Golden Globe Awards, including Best Motion Picture – Drama, Best Director (Spielberg), Best Actor – Drama (Day-Lewis), Best Actress In Supporting Role (Field), and Best Screenplay (Kushner).

Disclaimer: Affiliate links are contained in this post. This means when you click a link, and purchase an item, Movie House Memories will receive an affiliate commission. Advertisers and Affiliate Partnerships do not influence our content. See our Terms of Use about the inclusion of affiliate links on this site for more information.
December 31, 2012
1 minute read
Show More
Back to top button
Close
Close