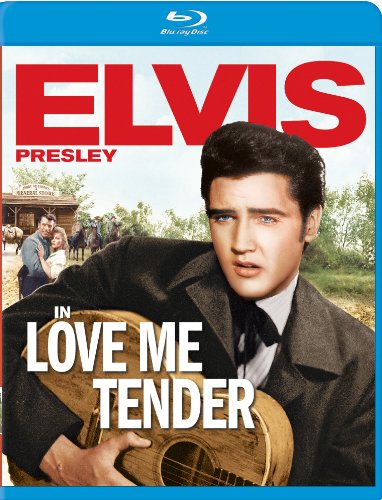 20th Century Fox Home Entertainment has announced that they will bring will bring the western Love Me Tender to Blu-ray this summer. The film is directed by Robert D. Webb and stars Richard Egan, Debra Paget, Elvis Presley, Robert Middleton, and William Campbell. Love Me Tender will be available for purchase online and in stores beginning on July 30th.

The year is 1865, and the three Confederate Reno brothers don’t know the war has ended. They manage to steal a Union Army payroll, and head for home with the money. While Vance (Egan) can think only of the love of his life, Cathy ( Paget), it turns out that the brothers have been reported dead, and Cathy has married their youngest brother Clint (Presley). Vance accepts this until he learns that Cathy still loves him. To complicate things, the U.S. Army knows of the brothers’ theft and is hunting them down.

Love Me Tender was released in November of 1956 and grossed over $9 million in worldwide box office.

Disclaimer: Affiliate links are contained in this post. This means when you click a link, and purchase an item, Movie House Memories will receive an affiliate commission. Advertisers and Affiliate Partnerships do not influence our content. See our Terms of Use about the inclusion of affiliate links on this site for more information.
June 22, 2013
1 minute read
Show More
Back to top button
Close
Close