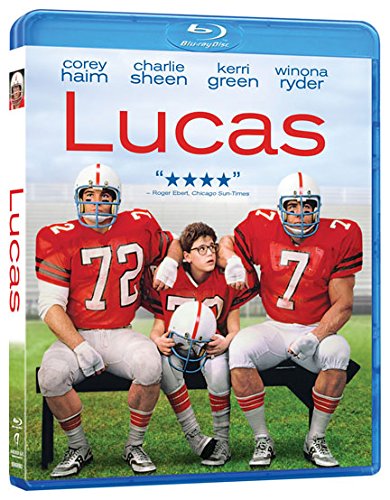 Anchor Bay has announced that is adding the teen dramedy Lucas to its upcoming slate of Blu-ray releases. The film was written and directed by David Seltzer and starred Corey Haim, Kerri Green, Charlie Sheen, Courtney Thorne-Smith, Winona Ryder, and Jeremy Piven. Lucas will be available for purchase online and in stores beginning on August 6th.

At 14 years old, young Lucas Bly (Haim) is a bit too small for his age, and far too smart for his high school classmates. He’s more interested in symphonies and science fairs than food fights and football. But when Lucas finds himself falling in love with a cheerleader (Green), who only has eyes for the school’s top jock, Cappie Roew (Sheen), he grows desperate for her attention. Joining the football team, Lucas risks his pride and neck at the big game.

Lucas was released in March of 1986 and grossed over $8 million at the box office.

Theatrical Trailer for the film Lucas  courtesy of Trailer Food