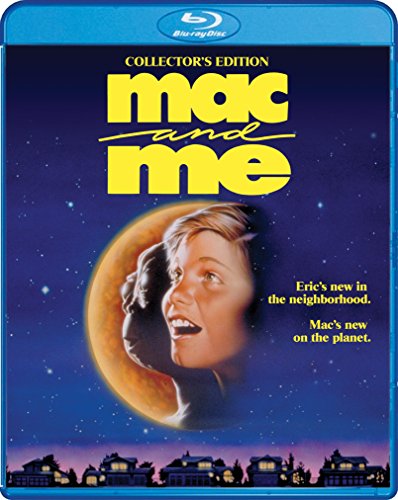 Mac And Me (Collector's Edition) [Blu-ray]

‘Mac and Me’ Summary

Mac and Me comes from the far reaches of space, a family of extraterrestrials finds themselves accidentally transported to Earth. Escaping from a government facility, the youngest of this alien brood is separated from the others. Now alone, afraid, and millions of miles from home, this Mysterious Alien Creature (MAC) must rely on the kindness and friendship of a very special boy named Eric (Jade Calegory) in order to survive this strange new world. With the help of Eric’s family and friends, they’ll undertake the journey of a lifetime to reunite MAC with his family.