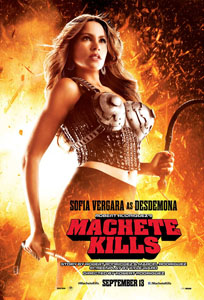 Open Road Films has released a second theatrical trailer for Robert Rodriguez‘s Machete Kills. The film will be released in theaters on October 11, 2013.

How I Live Now – Trailer

How I Live Now – Trailer