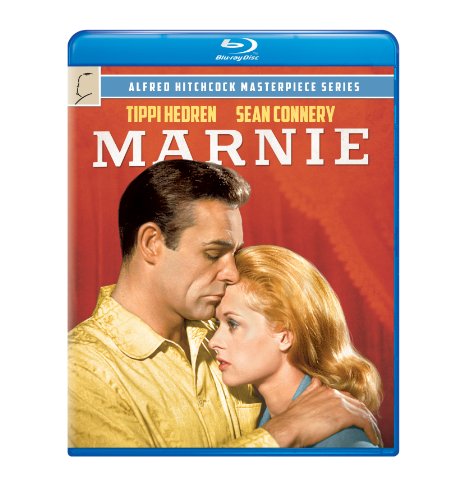 Universal Studios Home Entertainment have announced that they will add the romance mystery film Marnie to their upcoming slate of Blu-ray releases. The film was directed by the “Master of Suspense” Alfred Hitchcock and starred Tippi Hedren, Sean Connery, Diane Baker, Martin Gabel, and Louise Latham. Marnie is currently available for pre-order online and will be available in stores everywhere beginning on September 3rd.

In the film, kleptomaniac Marnie Edgar (Tippi Hedren), who moves from job to job and has a pathological fear of the colour red, is caught stealing by latest employer, Mark Rutland (Sean Connery). Instead of turning her over to the police, Mark forces Marnie to marry him, convinced that he can get to the bottom of her psychosis. Marnie was released into theaters in July of 1964 and grossed over $7 million at the box office.

Disclaimer: Affiliate links are contained in this post. This means when you click a link, and purchase an item, Movie House Memories will receive an affiliate commission. Advertisers and Affiliate Partnerships do not influence our content. See our Terms of Use about the inclusion of affiliate links on this site for more information.
July 22, 2013
1 minute read
Show More
Back to top button
Close
Close