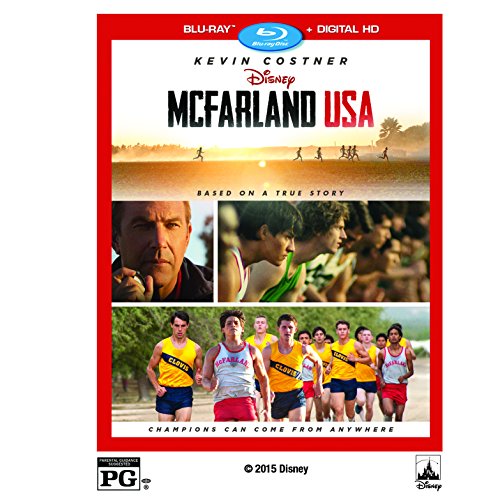 In McFarland, USA, Jim White is a football coach at a reasonably successful high school program. Because of a mistake the school fires him, and he winds up in a dead-end town in Nowhere’sville, USA – aka McFarland, CA. The fish-out-of-water family has a few brushes with the local Mexican population where they think being the only (seemingly) white family in the area is a bad idea and are intending on moving immediately. Then White sees a kid running a sub-5-minute mile on his way to work in the produce fields with the rest of the population of minority workers in the area.