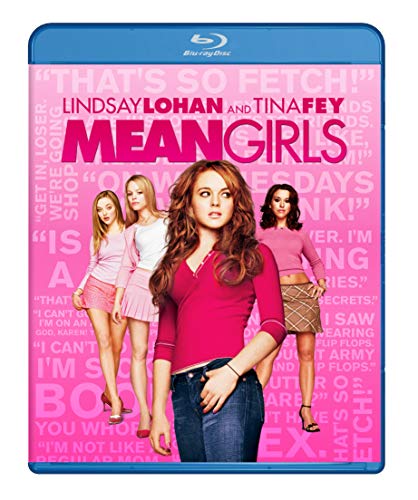 Celebrating 15 fetch years of Mean Girls! After living in Africa with her zoologist parents, Cady Heron (Lindsay Lohan) must brave the wilds of high school – where she is taken under the wing of the popular girls, The Plastics, led by the cool and cruel Regina George (Rachel McAdams). What follows is a treasure trove of sharp, witty humor that defined a generation, inspired a hit Broadway musical, and popularized countless catchphrases. Co-Starring and written by Tina Fey, and featuring Amanda Seyfried, Lacey Chabert, Lizzy Caplan, Daniel Franzese, and Amy Poehler, Mean Girls is nothing short of pop culture phenomenon and an iconic classic.