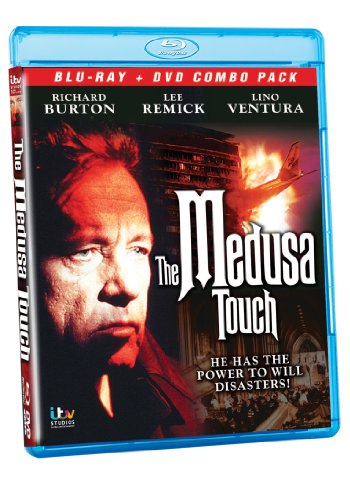 Hen’s Tooth Video has announced the addition of the drama thriller The Medusa Touch to their upcoming slate of Blu-ray releases. The film was directed by Jack Gold and starred Richard Burton, Lee Remick, Lino Ventura, Harry Andrews, and Alan Badel. The Medusa Touch is currently available for pre-order online and will be available in stores everywhere beginning on October 1st.

Burton stars as John Morlar, a man who claims to possess a terrifying power. When Morlar is savagely attacked in his London flat, Detective Brunel (Ventura) investigates and the trail leads him to Morlar’s psychiatrist (Remick) for answers. He learns that Morlar believes that he has telekinetic power, including the ability to make planes crash and buildings crumble. As Brunel digs into the case his worst fear may soon be realized – that Morlar’s power is real and that he can wreak havoc at will. Based on the novel by Peter Van Greenaway.

The Medusa Touch Blu-ray will include several special features, including:

Disclaimer: Affiliate links are contained in this post. This means when you click a link, and purchase an item, Movie House Memories will receive an affiliate commission. Advertisers and Affiliate Partnerships do not influence our content. See our Terms of Use about the inclusion of affiliate links on this site for more information.
September 26, 2013
1 minute read
Show More
Back to top button
Close
Close