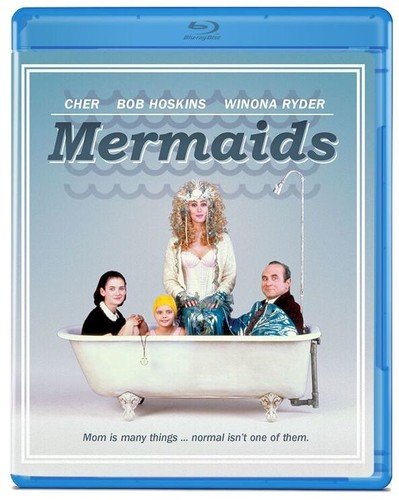 Mermaids, directed by Richard Benjamin (My Favorite Year) and based on the novel by Patty Dann, features Academy Award® winner Cher (Actress – Moonstruck, 1988) as Rachel Flax, the eccentric matriarch of the Flax family that includes daughters Charlotte (Academy Award® nominee Winona Ryder, Supporting Actress – The Age of Innocence, 1994; Actress – Little Women, 1995), an awkward, quirky teen torn between her personal devotion to becoming a nun (despite being Jewish) and her longing for romance, and Kate (Christina Ricci, The Addams Family), a nine-year-old whose interest in swimming may be a result of an inherited gene from Rachel’s one-night stand with an Olympic contender.