A genius grad student organizes an all-night treasure hunt in which five rival teams composed of colorful oddballs furiously match wits with one another while trying to locate and decipher various cryptic clues planted ingeniously around Los Angeles. 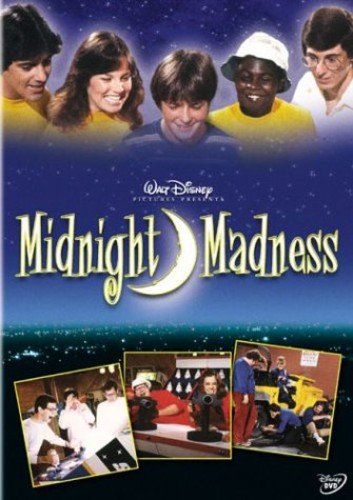 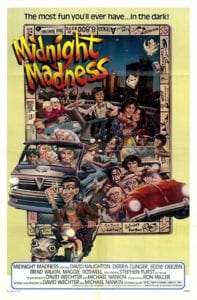 Leon is a graduate student who brings five college students to his apartment, and invites them to participate in The Great All-Nighter challenge that he invented. He describes the contest, and has them pair off into five color-coded cliques. The students aren’t interested at first, but they change their minds once the challenge begins; something Leon predicted from the beginning.

As the Game Master, Leon tracks each team’s location using a map and radio equipment. The teams are to check in at each new clue they find, and the clues are hidden throughout the entire city of Los Angeles.

Leon’s apartment is called Game Control where his female consorts, Candy and Sunshine, help monitor each team’s progress. Leon’s landlady, Mrs. Grimhaus, hates him due to him being too noisy, and she threatens to evict him if any of her other tenants complain about him.

While many do end up complaining, once Leon explains the contest to them, they become interested in the game’s events too, and help him run the show.

The game ends with a race to the finish line at the Westin Bonaventure Hotel. With the yellow team victorious, Leon throws a large party for everyone.

Clue #4: Leon’s Special Have a seat and enjoy! Look between the two giant melons!

Clue #5: Play a round of golf. Somewhere you will find the clue. No cheating. You must play the entire round. Do not go directly to the 18th hole.

Clue #7: Greeting teams, this is Leon. In case I’ve got you running around in circles, you might want to know that the clue can be found in terminal number 3.

Clue #8: His Holiness says: You’re off your rocker if you don’t look inside the locker.

Clue #9: The box contains the following items: 1 red ball, 1 large E printed on a card, a polaroid picture of a safety pin, and a polaroid of a man sitting in a chair.

Clue #10: Play the STAR FIRE video game. Beat the machine and you’ll see the next clue.

Clue #11: Greetings, Earth-people. Congratulations! The finish line is somewhere in the Bonaventure Hotel. Once all of the teams have arrived at the hotel, an announcement is made on the hotel PA system for the next clue.

Clue #12: Leon tells all of the teams, through the hotel courtesy phone: Look at the pool area. And I mean this “expressly”.

User Rating: Be the first one !
May 5, 2019
2 minutes read
Show More
Back to top button
Close
Close