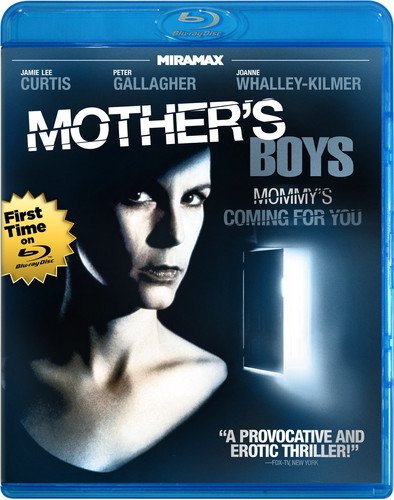 out of stock
BUY NOW
Amazon.com
Echo Bridge Entertainment has announced that they are bringing Mother’s Boys to Blu-ray this May. The film is directed by Yves Simoneau and stars Jamie Lee Curtis, Peter Gallagher, Joanne Whalley, Vanessa Redgrave, and John C. McGinley. Mother’s Boys will be available online and in stores beginning May 7, 2013.

In the film, Jude Madigan (Curtis) leaves her husband Robert (Gallagher) and her three children without any explanation. Three years later, when all think that she has already died, Jude returns and asks for pardon. But her husband Robert does not forgive and instead wants a divorce. As Jude does not give up, this ends in war and the story ends in court.

Mother’s Boys was released in March of 1994 and grossed less than one million dollars at the box office.