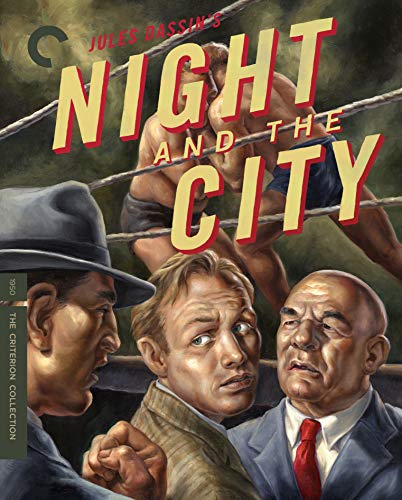 Night and the City [Blu-ray]

‘Night and the City’ Criterion Synopsis

Two-bit hustler Harry Fabian (Richard Widmark) longs for “a life of ease and plenty.” Trailed by an inglorious history of go-nowhere schemes, he tries to hatch a lucrative plan with a famous wrestler. But there is no easy money in this underworld of shifting alliances, bottomless graft, and pummeled flesh—and Fabian soon learns the horrible price of his ambition. Luminously shot in the streets of London while Hollywood blacklisters back home were closing in on director Jules Dassin, Night and the City, also starring Gene Tierney, is film noir of the first order, and one of Dassin’s crowning achievements.