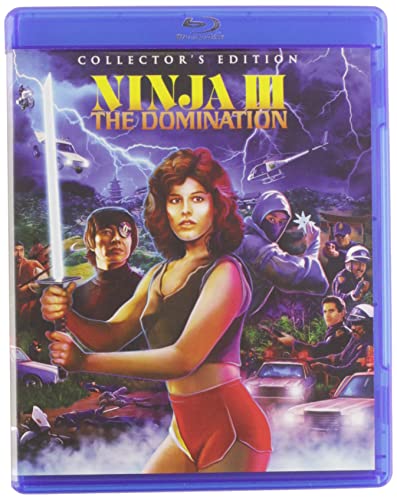 Scream Factory, the horror-thriller offshoot of independent film distributor Shout Factory, has revealed that it is planning to bring to Blu-ray Ninja III: The Domination onto Blu-ray this June. The film is directed by Sam Firstenberg and stars Shô Kosugi, Lucinda Dickey, Jordan Bennett, David Chung, and Dale Ishimoto. Ninja III: The Domination will be available online and in stores beginning June 11, 2013.

The body of a sexy aerobics instructor is invaded by the evil spirit of a dying ninja. At first, changes in her behavior is limited to having strange interactions with an arcade game, doing sexy things with V8 juice, and being attracted to an unusually hairy police officer. But soon enough, she’s systematically killing, ninja-style, the officers responsible for the ninja’s death, and can only be stopped by another ninja!