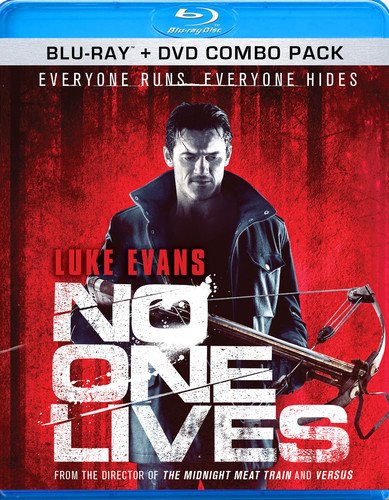 Anchor Bay Films and WWE Studios have announced the addition of  No One Lives to their upcoming slate of Blu-ray releases. The film is directed by Ryûhei Kitamura and is based on a screenplay by David Cohen.  The horror thriller stars Luke Evans, Adelaide Clemens, Derek Magyar, Beau Knapp, and America Olivo. No One Lives will be available for purchase online and in stores beginning on August 20th.

The film concerns a ruthless criminal gang that takes a young couple hostage and goes to ground in an abandoned house in the middle of nowhere. When the captive girl is killed, the tables are unexpectedly turned. The gang finds itself outsmarted by an urbane and seasoned killer determined to ensure that no one lives.

The Blu-ray/DVD combo pack edition of No One Lives features 1080p video and a Dolby True HD 5.1 surround track. Additional extras have yet to be revealed.