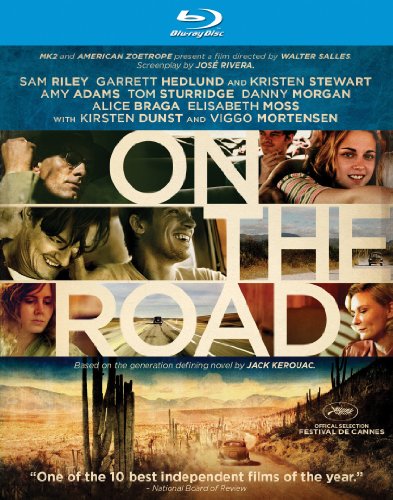 On the Road [Blu-ray]

MPI Home Video has announced that they are adding On The Road to their upcoming slate of Blu-ray releases. The film was directed by Walter Salles and stars Kristen Stewart, Sam Riley, Amy Adams, Kirsten Dunst, Garrett Hedlund, and Terrence Howard. On The Road will be available in stores and online August 6, 2013.

Brazilian director Walter Salles helms this adaptation of the iconic novel by Jack Kerouac that defined the Beat Generation. Sam Riley stars as Kerouac’s self-styled protagonist, down-and-out intellectual Sal Paradise, who takes to the backroads of America with his free-spirited friend Dean Moriarty (Hedlund) in a frantic odyssey fuelled by jazz, poetry and drugs in search of the ‘it’ at the heart of life.

MPI Home Video has not released any details concerning the exact tech specs and special features that will be included with the disc.

Disclaimer: Affiliate links are contained in this post. This means when you click a link, and purchase an item, Movie House Memories will receive an affiliate commission. Advertisers and Affiliate Partnerships do not influence our content. See our Terms of Use about the inclusion of affiliate links on this site for more information.
May 19, 2013
1 minute read
Show More
Back to top button
Close
Close