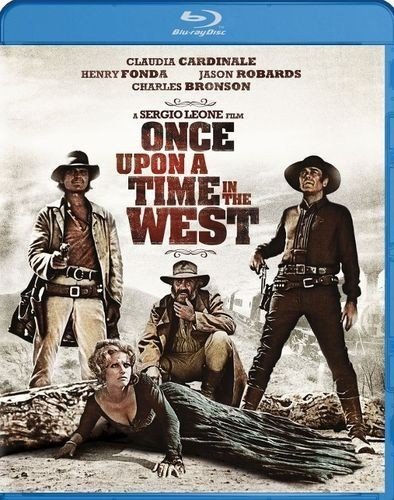 Once Upon a Time in the West [Blu-ray]

Paramount Home Entertainment released Once Upon a Time in the West to Blu-ray on September 12, 2017. Sergio Leone directed the film which starred Henry Fonda, Charles Bronson, and Claudia Cardinale.

‘Once Upon a Time in the West’ Movie Synopsis

In Once Upon a Time in the West, a mysterious stranger with a harmonica arrives and joins forces with a notorious desperado wrongly framed for murder. The two wind up protecting a beautiful widow from a ruthless assassin who works for a railroad kingpin. Everyone’s mysterious pasts are brought to light, and loyalties tested amid gun battles and stylish vistas in this sweeping frontier tale.

Paramount Pictures released Once Upon a Time in the West on December 20, 1968. Sergio Leone directed the film starring Henry Fonda, Charles Bronson, and Claudia Cardinale.