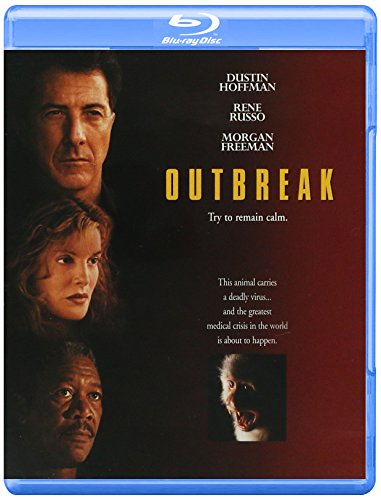 Outbreak begins when Colonel Sam Daniels of the United States Army Medical Research Institute investigates a newly-discovered disease in Africa. He reports back to his superior officer that they need to release an alert on it. The General declines since the disease is so too far away and not airborne so it couldn’t possibly reach the U.S. Unfortunately, a monkey from that same part of Africa was captured and brought to the U.S.

When a man at customs takes it, he tries to sell it. There aren’t any buyers, so it he releases it. Later thsat man arrives in Boston, collapses, and dies. Col. Daniels wants to look into the death, but the General denies his request. He then reaches out to his ex-wife, who works at the Center for Disease Control. They discover it’s the same African disease, and it kills very quickly.