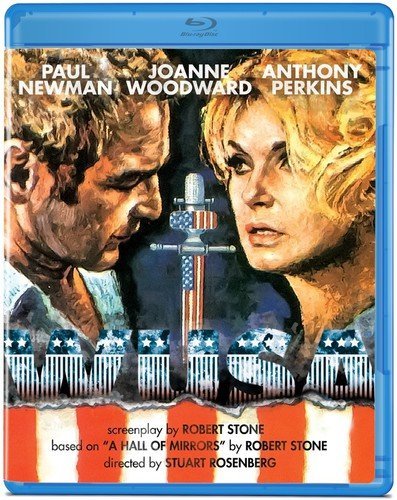 Olive Films has announced that it adding the romantic drama WUSA to their upcoming slate of Blu-ray releases. The film was directed by Stuart Rosenberg and is based on a screenplay written by Robert Stone who based it upon his novel. The romance film starred Paul Newman, Joanne Woodward, Anthony Perkins, Laurence Harvey, Pat Hingle, and Cloris Leachman. WUSA will be available for purchase in stores and online beginning on July 23rd.

In the film, Newman plays a jaded disc-jockey who offers his services to WUSA, a right-wing hate station broadcasting from New Orleans. While struggling with his own apathy, he starts spreading hateful messages perpetrated by Hingle, a power-mad master of WUSA. Woodward plays a working girl who arrives in town the same day as Newman and falls for the alcoholic disc-jockey. WUSA was released in theaters in August of 1970.

Disclaimer: Affiliate links are contained in this post. This means when you click a link, and purchase an item, Movie House Memories will receive an affiliate commission. Advertisers and Affiliate Partnerships do not influence our content. See our Terms of Use about the inclusion of affiliate links on this site for more information.
June 7, 2013
1 minute read
Show More
Back to top button
Close
Close