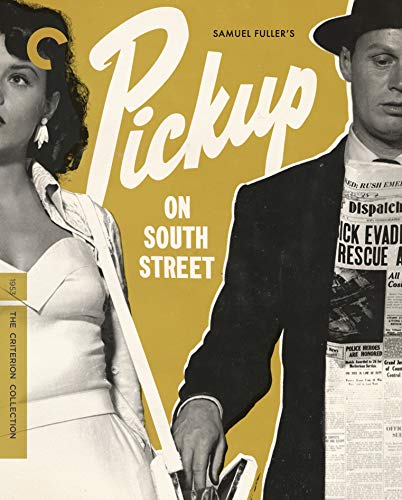 Petty crook Skip McCoy (Richard Widmark) has his eyes fixed on the big score. When the cocky three-time convict picks the pocketbook of unsuspecting Candy (Jean Peters), he finds a more spectacular haul than he could have imagined: a strip of microfilm bearing confidential U.S. information. Tailed by manipulative Feds and the unwitting courier’s Communist puppeteers, Skip and Candy find themselves in a precarious gambit that pits greed against redemption, right against Red, and passion against self-preservation. With its dazzling cast and writer-director Samuel Fuller’s signature hard-boiled repartee and raw energy, Pickup on South Street is a true film noir classic by one of America’s most passionate cinematic craftspeople.