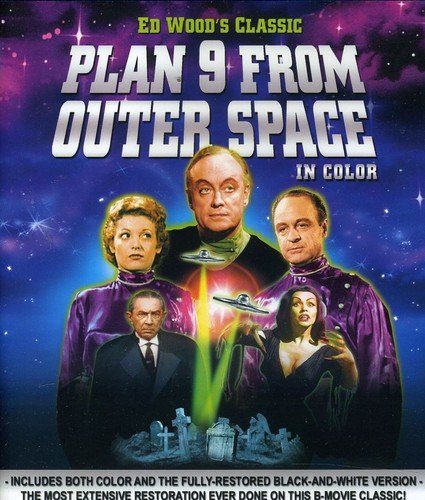 Plan 9 from Outer Space begins with a flying saucer emitting an alien ray over Southern California skies. Moments later, it lands in a cemetery where an inconsolable old man has just buried his wife. With the sighting of extraterrestrial activity in the area, a wave of terror hits the once-peaceful area. We next meet commander Eros of the technologically-advanced spacecraft and his statuesque lieutenant Tanna. They quickly begin their plan to take over Earth. Using sophisticated methods previously unseen to humanity, the aliens proceed to create a devastating Zombie Apocalypse that can forever doom the Earth!