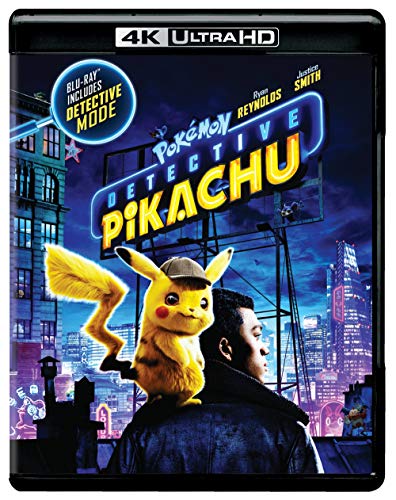 Pokémon Detective Pikachu begins when detective Harry Goodman winds up missing under mysterious circumstances. This leads his 21-year-old son, Tim, to locate him. Aiding in Tim’s investigation is Harry’s former Pokémon partner, Detective Pikachu; a wise-cracking super-sleuth who is puzzling even to himself.

Since the two are uniquely able to communicate with one another, they join forces on an adventure to solve this mystery. Our heroes must chase clues through the neon-lit streets of Ryme City—a sprawling metropolis where humans and Pokémon live side by side. The two encounter a diverse cast of Pokémon characters on their way to discover a plot that could destroy their peaceful co-existence and threaten the whole Pokémon universe.