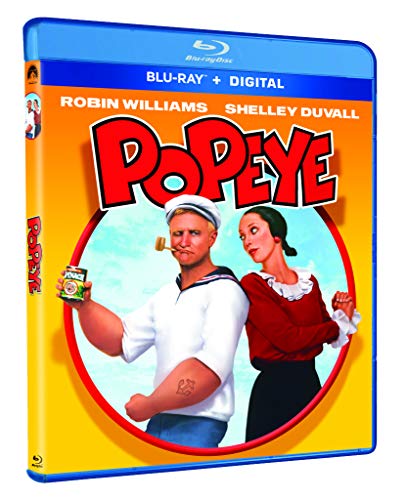 Popeye the Sailor Man arrives to a quaint seaside town called Sweethaven one rainy afternoon. There he meets many residents like Wimpy—who will gladly pay you Tuesday for a hamburger today; the strong-willed but slightly awkward Olive Oyl; and the town bully named Bluto. After Popeye discovers an abandoned infant, whom he names Swee’pea, there with a gift for predicting gambling races, Bluto kidnaps the tot for the town’s over-taxing Commodore. However, Bluto double crosses the Commodore who bears a strong resemblance to Popeye’s long lost Poopdeck Pappy. He forces Popeye to eat his spinach if he’s going to be strong to the finish and turn Bluto yellow in order to save Swee’pea and the town.