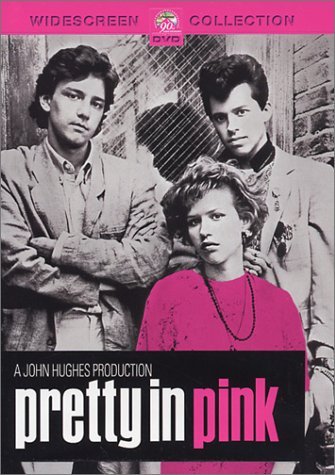 In Pretty in Pink, unpopular high-school senior Duckie has a huge crush on his best friend and equally unpopular classmate, Andie. Of course, she only sees them as friends, which frustrates Duckie to no end. However, one day when a rich boy, who also happens to be Andie’s long-time crush, Blane, takes an interest in her, life gets complicated. Blane has a bunch of equally rich (and terribly snobby) buddies that think Andie is beneath Blane. Additionally, Duckie is super jealous of his new rival even though Blane seems genuinely interested in Andie. Who will get the girl in this ’80s love triangle?