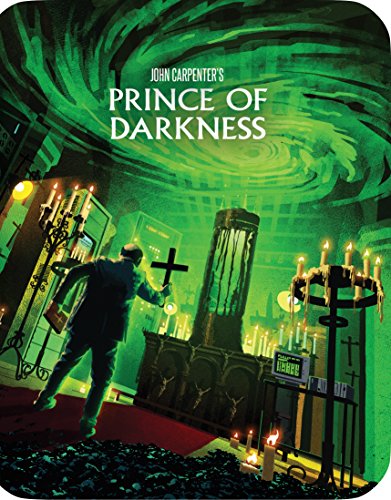 Scream Factory has announced that they are planning to bring John Carpenter’s Prince of Darkness to Blu-ray. In addition to directing the film, Carpenter wrote the screenplay to the film which starred Donald Pleasence, Jameson Parker, Victor Wong, and Lisa Blount. Prince of Darkness will arrive in stores and online sometime during the second half of 2013.

In the film, a group of graduate students and scientists uncover an ancient canister in an abandoned church, but when they open the container, they inadvertently unleash a strange liquid and an evil force on all humanity. As the liquid turns their co-workers into zombies, the remaining members realize they have released the most unspeakable of horrors, Satan himself, thus paving the way for the return of his father-the all-powerful anti-God. Terror mounts as the last two members of the team must fight to save an innocent world from a devilish fury that has festered for over seven million years.

Prince of Darkness was released in October of 1987 and grossed over $14 million at the box office.