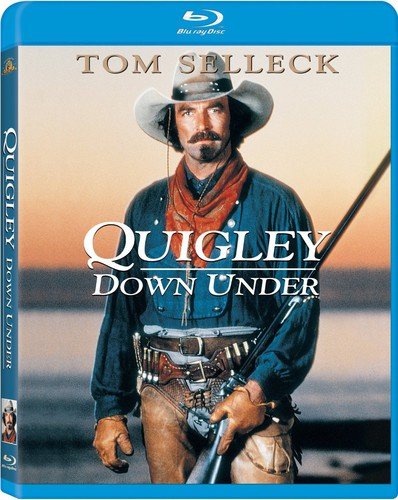 Quigley Down Under [Blu-ray]

‘Quigley Down Under’ Movie Synopsis

When Australian rancher Elliott Marston hires a Wyoming sharpshooter named Matt Quigley, he expects him to shoot and kill local aborigines; not dingos like he originally thought. However, this proposition offends Quigley, and he balks at the opportunity. This leads to Marston setting out to kill Quigley for refusing. Quigley eventually flees into the Australian Outback with a woman named Crazy Cora before eventually returning to exact his revenge on all his new enemies in the Land Down Under.